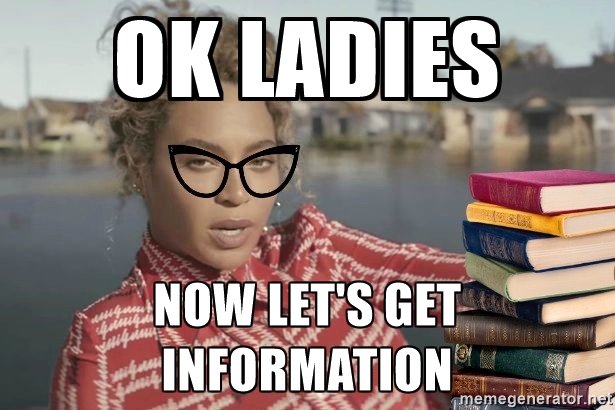 In Episode 2, I interview Julia Burke - a public defender in Queens, NY.  We talked a ton about the criminal justice system as it relates to domestic violence. Check out the links below to learn more about the topics discussed in the episode. Haven't heard the episode yet? Check it out here or on iTunes.

Coercive Control as a Better Way to Understand and Describe Abuse

This article explains why “coercive control” is a more accurate phrase than “domestic violence,” as being victimized does not always involve physical violence, and it certainly is rarely contained purely to the “domestic” space. Coercive control “is a pattern of behaviour which seeks to take away the victim’s liberty or freedom, to strip away their sense of self.” Understanding domestic abuse as coercive control means better understanding the experiences, reactions, and decisions of victims.

“Violence is used (or not) alongside a range of other tactics – isolation, degradation, mind-games, and the micro-regulation of everyday life (monitoring phone calls, dress, food consumption, social activity etc). The perpetrator creates a world in which the victim is constantly monitored and criticised; every move is checked against an unpredictable, ever-changing, unknowable ‘rule-book’....the victim becomes brainwashed, internalising the rules, adapting her behaviour to survive. Coercive control is the white noise against which she plays out her life; ever present, ever threatening. The strength to live with this and to function daily in a range of settings – to survive – is enormous and courageous."

Julia mentioned that sometimes Battered Women's Syndrome (BWS) can be used as a legal defense when defending victims of domestic violence who have been arrested after retaliating against their abusers. A necessary thing, as a 1996 government study found that 93% of women convicted of killing current or former intimate partners had been physically or sexually abused by a partner.

This article defines BWS as "a mental disorder that develops in victims of domestic violence as a result of serious, long-term abuse. BWS is dangerous primarily because it leads to “learned helplessness” – or psychological paralysis – where the victim becomes so depressed, defeated, and passive that she believes she is incapable of leaving the abusive situation. Though it may seem like an irrational fear, it feels absolutely real to the victim. Feeling fearful and weak, and sometimes even still holding onto the hope that her abuser will stop hurting her, the victim remains with her abuser, continuing the cycle of domestic violence and strengthening her existing BWS."

How Victims Become Trapped in the Criminal Justice System

Women's prisons are overwhelmingly filled with women who have a history of suffering physical or sexual abuse. Whether that abuse directly caused their incarceration (i.e. they killed their abusers) or indirectly caused it (a majority of women incarcerated in the NYC jail system reported engaging in illegal activity (such as the use of illegal drugs) in response to experiences of abuse, the threat of violence, or coercion by their male partners), relationship and sexual abuse is an issue that needs to be understood in order to understand the criminal activity and incarceration of women. This fact sheet does an incredible job of explaining the stats. Lowlights include:

"82% of women incarcerated at New York’s Bedford Hills Correctional Facility had a childhood history of severe physical and/or sexual abuse and more than 90% had endured physical or sexual violence in their lifetimes. 75% of the women had experienced severe physical violence by an intimate partner during adulthood."

"Nationwide, more than 57% of women in state prisons and 55% of women in local jails report having been physically and/or sexually abused in the past."

"The U.S. Bureau of Justice Statistics reports that more than 37% of women in state prisons have been raped before their incarceration."

"Women in prison are at least twice as likely as women in the general public to report childhood histories of physical or sexual abuse."

Here's an article about how domestic abusers use retaliatory litigation to further abuse their victims. By suing their victims once victims use the legal system to try to get away from the abuse (such as suing the victim for defamation after they report the abuse, reporting the survivor to immigration authorities to have the survivor deported, or trying to take the victim's children away by filing for sole custody), "the very legal system that a victim once believed would protect her from that abuser essentially becomes another weapon that can cause emotional and financial devastation."

Julia talked about how she strives to provide holistic criminal defense. This site, by The Bronx Defenders, defines holistic defense as "an innovative model of public defense...that combines aggressive legal advocacy with a broader recognition that for most poor people arrested and charged with a crime, the criminal case is not the only issue with which they struggle." Learn more about the principles and importance of holistic criminal defense here. TL;DR: Sociocultural factors. CONSIDER 'EM.

This article, according to Julia, "is the best thing out there on why innocent people plead guilty, and talks about plea bargaining as the predominate form of 'justice' over trials."

A "fun" fact: In 2013, more than 97 percent of federal criminal charges were resolved through plea bargains, and fewer than 3 percent went to trial.

TL;DR: The prosecutor has all the power. When he/she meets with the "information-deprived defense lawyer," the prosecutor makes it clear that, "unless the case can be promptly resolved by a plea bargain, he intends to charge the defendant with the most severe offenses he can prove.... If, however, the defendant wants to plead guilty, the prosecutor will offer him a considerably reduced charge—but only if the plea is agreed to promptly.... Otherwise, he will charge the maximum, and...it will be to a higher-level offense than the one offered at the outset of the case." Womp.

The Difficulty of Criminal Defense, Plus Why We Must Establish Affirmative Consent as the Standard

This article is about the difficulty of being both a feminist and a criminal defense attorney. Written after the Brock Turner case, author Jill Filipovic makes the case for why affirmative consent MUST be the standard we use in determining whether a sex act was criminal.

1) I asked Julia a question that she gets asked all the time - isn't it difficult to defend someone who you know did something terrible? The author of this article sums it up in much the same way Julia did: yes, but criminal defense is a vital part of keeping our justice system...well, just.

"Vigorously defending a client is a defense attorney's job, and that vigorous defense is a vital component of our criminal justice system.... This is how it should work. It should be a high bar to convict someone of a crime, to put them in jail, take away their liberty."

2) This is why affirmative consent must be the standard:

"If we understand that sex as something parties enter into for mutual pleasure as opposed to one party getting something from the other, and if we believe that the burden should not be on women to fight men off but on men to not penetrate people without consent — and while of course men are sexually assaulted, women are assaulted much more often, and it is almost always men committing sexual assaults — then affirmative consent should be the standard we use in determining whether a sex act was criminal. Our criminal code should change to reflect that standard."