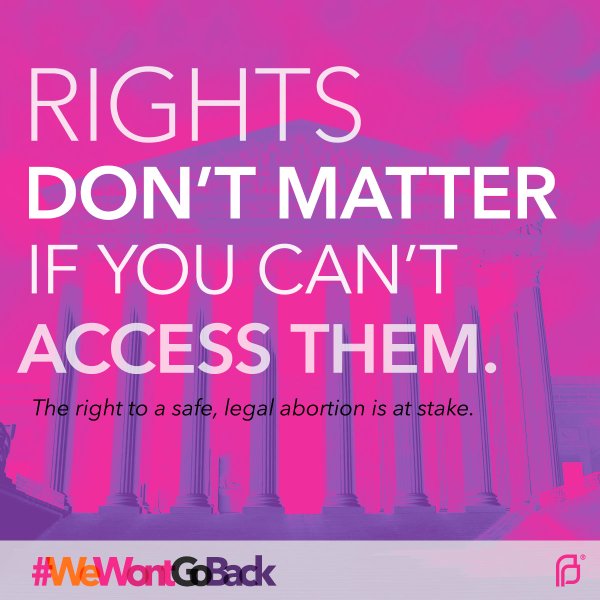 PLEASE READ IF YOU CARE ABOUT WOMEN. Tell Kasich to veto the "Heartbeat Bill," which would ban abortions, EVEN IN THE CASE OF RAPE OR INCEST OR HEALTH OF THE FETUS OR MOTHER, after what they say is six weeks of pregnancy, but is actually four weeks after conception - before most women even know they are pregnant.

You might be confused. Why is it actually four weeks after conception instead of six? Because “first day of last menstrual period" (LMP) is used as the standard starting point by doctors to determine weeks of pregnancy. This is because implantation of fertilized eggs is a very complicated business and it’s difficult to say exactly when it happens. So doctors use the woman’s first day of the last period as the starting point.

So let's say you have your period because you’re not pregnant. Ovulation happens two weeks after that, and the week that happens is when you are most likely to get pregnant. So let’s say you ovulate, and during that week, sperm fertilizes the egg. Then two weeks later, your first period is missed. Now let’s assume that you are someone who gets very regular periods, or who even HAS monthly periods (different types of birth control, IUDs, and BODIES make regular periods not a reality for millions of women). So, since you’re one of those people who gets their period at the exact same time every month, you’re alarmed. You think you might be pregnant. But many doctors will tell you to wait one to two weeks after missing the period to take a pregnancy test, as the levels of the pregnancy hormone, hCG, may not even be detectable before that point, so pregnancy tests in the first two weeks after the missed period are unreliable and often give false negatives.

So you wait two weeks after the missed period, and you discover you’re pregnant. But this is America, and Roe v. Wade has been in effect since 1973 and says it’s unconstitutional to limit abortion restrictions before fetal viability which the law (but not the medical profession) says happens at 24 weeks, so you have 18 weeks to make some very personal choices, right? Wrong. It’s already too late. In the eyes of the medical profession, you're technically already at six weeks of pregnancy, even though fertilization only happened a month ago, because "date of last period" is used as the standardized starting point. And if you live in Ohio, where they’ve passed this bill that outlaws abortion after six weeks, you have no choice but to carry through with the pregnancy. In effect, this law bans almost all abortions.

Sounds unconstitutional? Sounds like it goes against Roe v. Wade? That’s because it does. Similar states have tried to pass laws just like this one, and they’ve been struck down in court. This law will likely also be struck down as unconstitutional, but in the meantime while the legal battle ensues, women in Ohio are forced into pregnancy, regardless of the circumstance. Regardless of rape, incest, or the health and safety of the mother. Regardless of the fact that women’s choices have been protected since 1973 in this country.

And the whole reason Roe v. Wade passed? It wasn’t that the court was super progressive about women’s rights, or because the conservative justices put aside their religious beliefs. The reality is that in 1973, Roe vs. Wade was decided by a Court that was comprised of a majority of justices who were nominated by Republican presidents and therefore considered "conservative" justices. There were only two dissenters, only one of whom was conservative.

Roe v. Wade was decided the way it was because of the appalling number of women who were DYING due to self-induced or back-alley abortions, or because they were forced to carry through with dangerous pregnancies. Roe v. Wade was passed to save the lives of women who would otherwise die if not given the option of safely and legally aborting their pregnancies.

P.S. They use the term "heartbeat" to prey on people's emotions. At six weeks, a fetus does not have what we would think of as a proper heart; rather, it has blood vessels that pump blood. "Heartbeats" like these can happen in petri dishes. Check out the Youtube videos of it.

P.P.S. Republican Representative Jim Buchy was a strong proponent for the bill, which he said would “encourage personal responsibility.” “What we have here is really the need to give people the incentive to be more responsible so we reduce unwanted pregnancies.” So since this doesn’t allow exceptions for rape, incest, or dangerous pregnancies, this also means that these women should be “more responsible” for their situations?

When asked what he thinks makes a woman want to have an abortion, he admitted that he’d “never even thought about it.” He says: “Well, there’s probably a lot of reas— I’m not a woman.” He laughs. “I’m thinking now if I’m a woman why would I want to get … Some of it has to do with economics. A lot of it has to do with economics. I don’t know. It’s a question I’ve never even thought about.”